In sickness and health: the power of a grace-based marriage 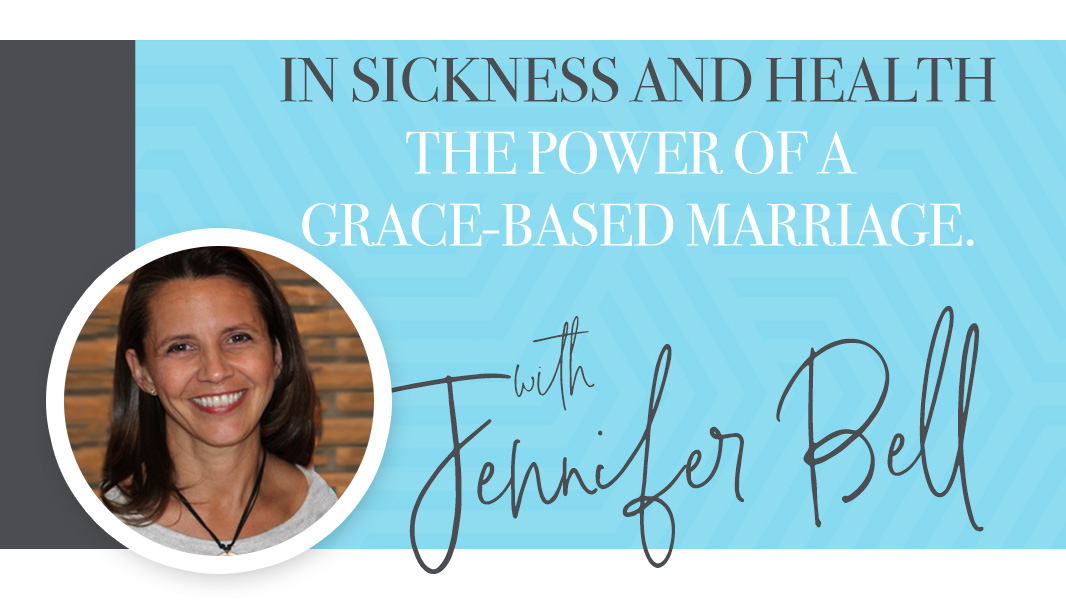 My husband and I recently attended the wedding of a young couple who are very dear to us. As I listened to them make their vows, I was encouraged to know they meant every word they were saying.

On the other hand, there’s no way for them to know all of the implications of those powerful promises. We all enter into marriage imagining our future together to be full of love, laughter, tenderness, celebration—all of the positive aspects of life. But what happens when sickness strikes in the in "sickness and health" part of the vows? Here is the power of a grace-based marriage.

Have you ever observed a couple whose marriage exemplifies grace even amidst the toughest circumstances? When it seems, through no fault of their own, they still endure…

I’ve witnessed dedicated men and women tenderly take care of their spouse who had Alzheimer’s, treating them with respect and dignity, long after their spouse had ceased to recognize them. They never stopped loving their spouse.

I’ve seen others cheer their spouse on in a career change after a job loss had totally deflated them. They never stopped believing in their spouse.

I’ve seen friends carry their spouses through a deep, dark depression that seemed to hit out of nowhere. They never stopped showing compassion to their spouse.

What enables these people to step up and truly live the vows they made on their wedding day when others would turn around and run? I believe it’s one word…GRACE. They have received grace from God, and they turn around and pour it out on those around them—especially their spouse.

This week, spend some time reflecting on the ways God has shown grace to you. Thank Him for the love He has poured out on you, for the patience He has shown you, and for the fact that He will never leave you or forsake you. Then, ask Him to strengthen you to do the same for your spouse.

Reflect on these two verses:

Discuss: Who are some couples you know who have shown commitment during tough circumstances? What storms have you seen each other through as a couple?